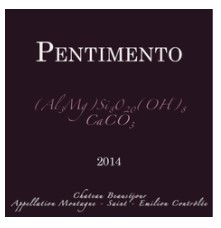 Former Microsoft executive Pierre Bernault purchased Château Beauséjour in 2003, and realized upon moving in that the vineyard, having been mismanaged by its previous owners, had seen better days. He brought on Stéphane Derenoncourt and Simon Blanchard of Derenoncourt Consultants who immediately went to work with him in an effort to salvage this once pristine property. Over 3 of the estates 12 hectares are home to vines that were planted in 1901, which make them the oldest in the entire region of Bordeaux. The average age of the vines covering the rest of the property, which is divided into 12 parcels, is 55 years. The vineyard has made a full recovery and is in perfect health; the soils are well known among the best profiles on the Right Bank. The estate is situated at the very top of the Montagne – Saint Emilion AOC, which benefits from persistent airflow and strong breezes.
The ancient windmills at the height of the property can attest to that.

Michele D’Aprix, a protégé of Stéphane Derenoncourt, joined Pierre in 2008 for the inception of her label, “Pentimento”. Michele and Pierre make a selection from the vineyard each year for this wine, which illustrates on its front label the soil’s profile in its molecular formula: Montmorillonite Clay and Limestone (Michele went to Davis and happens to like soil chemistry).

“Pentimento” is named for the memoir written in 1973 by outspoken New York playwright and farm owner Lillian Hellman, in which she revealed profound insight regarding the importance of the people and events that shaped her life. This wine did not happen overnight. It is the result of many years of hard work, collaborative ideas and patience of many people. As it was the first, proprietary label for Michele, the name is given as a gesture of gratitude to her professors, professional mentors and most importantly, her fellow bartenders all who played significant roles in her success as a winemaker.